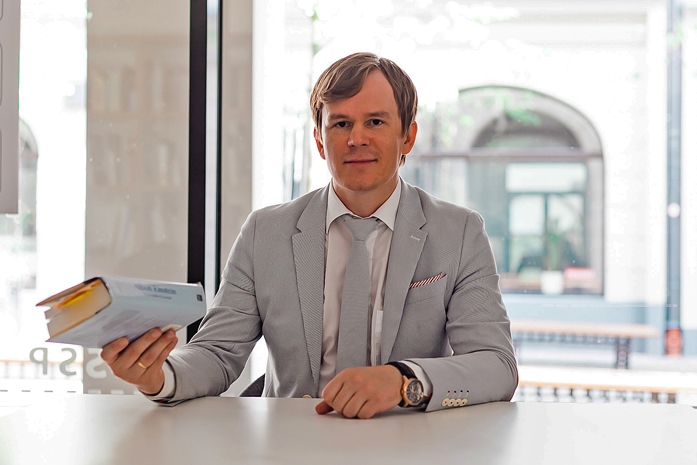 Speaking at the LCF members' meeting Āris Ozoliņš stated:
Numerous goals we had set have been achieved during my tenure. European championships, juniors and women, in 2017-2018 were a resounding success. This year, FIDE Grand Prix tournament and Mikhail Tal memorial with 4 parallel events for three summer weeks made Riga the capital of world chess.
In order for chess in Latvia to continue to evolve, a new, energetic, knowledgeable president should continue to put forward and implement new ideas. Now this has happened and I congratulate Maris Krakops on being elected the President of LCF. I wish him strength, health and success in this position and in everything he does. Gens Una Sumus.

Maris Krakops added:
First of all, I would like to thank Āris Ozoliņš for the tremendous work and the world class chess players and tournaments he has brought to Riga.
Second, I am optimistic abut future of chess.
Even with proliferation of available pastimes there is a lot that millennia old game of chess can offer the young generations who are at home in this century of automated computation and ever-present encirclement by electronic screens. Chess is for our brain what exercise is for our muscles. We should note, it is much less addictive and tiring than video games- that are our competition.
Also, very importantly, there are tremendous opportunities in cooperation with our IT partners in developing and testing neural-network-like programming, colloquially called "AI." Just as Shannon and Turing and von Neumann found chess game highly useful while laying foundations of electronic computers in mid-20th-century, so we foresee a similar opportunity in teaching computers how to create.